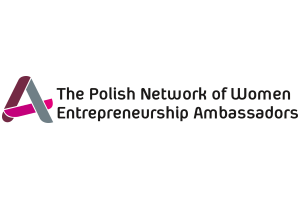 She is a co-founder of the Entrepreneurs and Experts Club at the National Board of the Polish Economic Society.

After graduating from the Academy of Economics in Wroclaw, she held a number of positions in public administration and managed large teams in international corporations. Since 2003, she is the owner of Agencja Promocji Gospodarczej consulting firm, specialising in obtaining EU funds for investment projects.

For her professional, social and charity involvement, she has received many prizes and awards, including the following: Złoty Laur Umiejętności i Kompetencji (Golden Laurel of Skills and Competence), a badge of honour “Za zasługi dla Województwa Opolskiego” (a badge of honour in recognition of services to the Opole Province), “Przedsiębiorca Dzieciom” (Entrepreneur for the Children) award of Opole Lodge of the Business Centre Club, and the 25th Anniversary of the National Chamber of Commerce medal.

We use cookies to ensure that we give you the best experience on our website. If you continue to use this site we will assume that you are happy with it.Ok